Amedeo and AURA AERO announce a Strategic Partnership agreement and a Letter of Intent to purchase 200 Electric Regional Aircraft (“ERA”).

AURA AERO has created a clean sheet design while integrating new technologies, as well as existing technologies such as fly by wire, and is driving digital efficiencies to build revolutionary momentum in creating an electrical aircraft. With its current prototype aircraft, INTEGRAL, AURA AERO is achieving design and production maturity at a fraction of the cost and will carry that to the commercially sized 19- seater, Electric Regional Aircraft named ‘ERA’.

“Amedeo are delighted to have signed an LOI for 200 Electric Regional Aircraft ‘ERA,’ that draws the commercial aviation industry closer to achieving its goal of net-zero by 2050. We are very pleased to be partnered with AURA AERO in leading such an important climate supporting initiative for the future. For Amedeo, sustainable aviation is more than aspirational and we are committed and focused on partnerships in sustainable aviation that will define the next three decades in aerospace. We have seen various concepts showcased in the market and AURA AERO has an edge with the skillset, talent and design that we stand behind. Their prototype INTEGRAL, is the first stepping stone to a larger electrical regional aircraft,” said Gabriella Lapidus, Chief Commercial Officer at Amedeo.

“We are proud to be partnered with Amedeo. Their expertise in structured finance solutions across multiple asset classes is instrumental to where we are taking AURA AERO and look forward to our close collaboration going forward. We are pleased, thanks to our expertise and industrial capability, to build up the future of aeronautics,” said Jérémy Caussade, Co-founder & President of AURA AERO.

AURA AERO, based in Toulouse at the heart of the world leading aeronautic hub, is a three-year-old aerospace company developing design and manufacturing processes for fully digital electric aircraft, initially starting with 19 pax and a cargo version, while already flying an aerobatic capable training aircraft that will go electrical in 2022, becoming the trainer of choice for airline flight schools, military ab-initio and advanced programs.

Amedeo is a global leading aircraft Asset Manager and principal investor in aircraft leasing. The team has over 140 years of combined experience managing an extensive portfolio of aircraft on behalf of various investors. Amedeo has financed a wide spectrum of aircraft types with long-term relationships with OEMs, airlines and financiers. The Management team has a proven track record of successfully spearheading new technologies across various asset classes.

Aviation and the Environment – Amedeo Viewpoint

In recent times, we have seen increasing focus on the role of global aviation and its
impact on our environment. Protests that target aviation as an industry need to be set in context.

Today’s climate protests are not about “saving our planet”, the planet will survive for a few billion years, but instead are about limiting human impact on the environment in which we live today. In so doing, this will help people who will suffer from rising sea levels, bigger hurricanes and typhoons, potentially new diseases whether in New Orleans or low-lying Bangladesh and many places elsewhere. Such worthy causes we fully support and advocate strongly for. However, targeting global aviation within this positive action is misguided.

Aviation brings people together to solve problems. Climate change is but one such problem and it cannot be solved without a unified approach to it. This does not mean Heads of State flying to Paris to agree modest reductions to emissions. It is instead about promoting social mobility, common awareness and collective action. It is about inspiring visions gained through travel – the splendour of Himalayan, Alpine, or Andean glaciers, or bearing witness to the Serengeti migration – then returning home and seeking to preserve the experience, those environments, for the benefit of future generations. It is about families going on vacation and seeing single-use plastic waste on beaches, then returning home and taking positive action to limit their own impact on the environment. Aviation enables people to not only see the world but to see its problems and to respond to those problems, individually and collectively, to care about things in the same way. It would be a mistake to try to limit our capacity to bear witness to our world and to come together to solve its problems. Accessible aviation plays a positive part in climate awareness, in preventing wars, whether through people travelling on holidays, or on business, or through sending film crews far and remote to make nature documentaries or to study human impact on the furthest reaches of our planet.

Yes, there is an environmental cost to flying, as there is to breathing. Aviation today produces less than 3% of global emissions and, though this may proportionately increase in a future world that drastically reduces its consumption of fossil fuels, we should not make excuses for it. For while we can heat and cool our homes and offices and power ground transportation increasingly from renewable energy sources, there is as yet no plausible technology to allow us to power flight in this way – short perhaps of putting a nuclear reactor on an aircraft to drive electric motors to then defy gravity.

The point is that defying gravity is itself a worthy cause that brings people together and helps solve the world’s problems. For now, the cost this carries is one we need to bear. Aviation has nonetheless reduced its per flying capita emissions by over 80% since the dawn of the jet age, and more is coming from improvements in air traffic control, more efficient planes, and more efficient airlines with higher load factors. The industry continues to improve itself and is aware of its responsibilities.
We are proud to be a part of global aviation and see it as a force for good.

Amedeo becomes a member of Alliance for Zero-Emission Aviation

Amedeo has joined the Alliance for Zero-Emission Aviation (AZEA), a voluntary European Commission initiative designed to pave the way for the next-generation of sustainable aircraft. 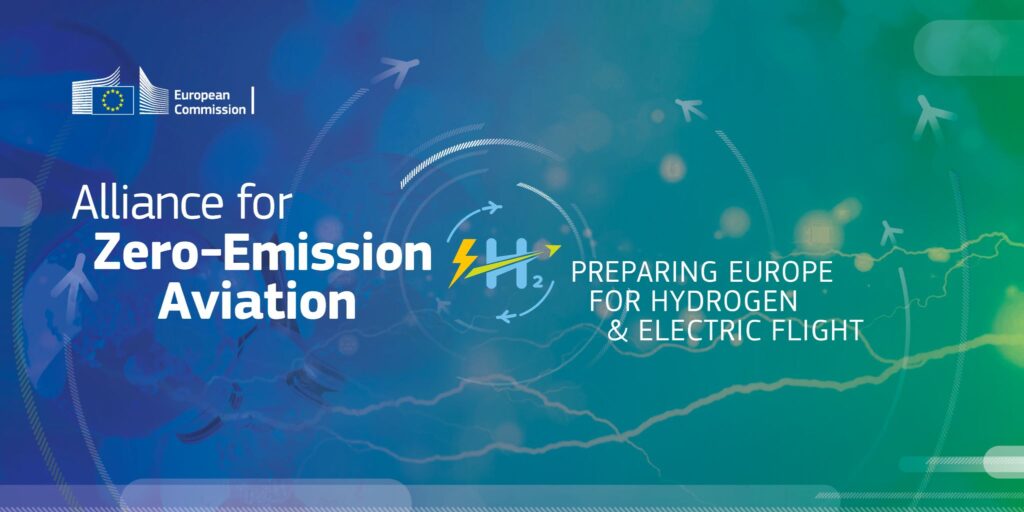