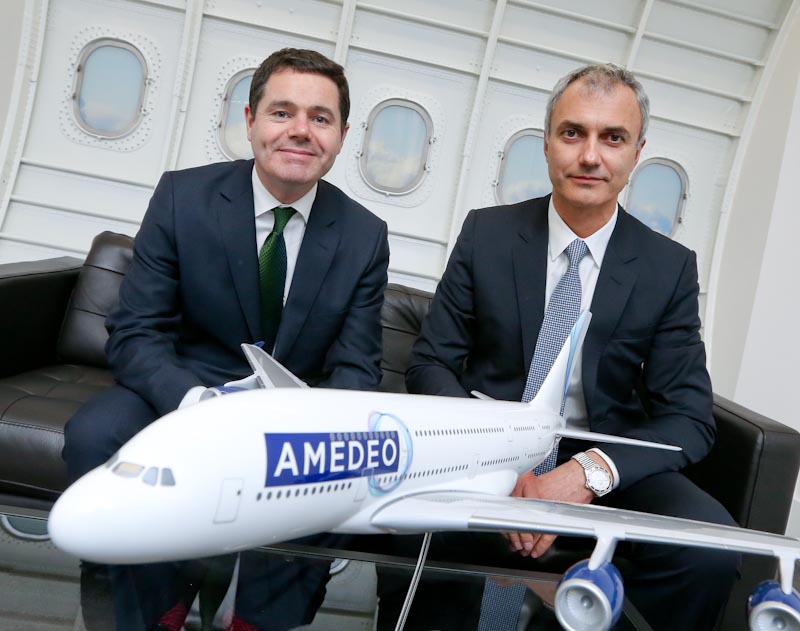 Speaking this evening (Tuesday) at the launch of the Amedeo office on Shelbourne Road, Minister for Transport, Tourism and Sport, Paschal Donohoe TD, said the aircraft acquisition and leasing company’s decision to establish its headquarters here in Dublin demonstrates our attractiveness as a location for aviation, and all, companies.

Amedeo, which is an early stage, high growth company has taken the decision to move its HQ here, comprising the company’s main operations.

Welcoming the addition of Amedeo to the range of aircraft leasing and financing companies already in Dublin, Minister Donohoe said: ‘Aviation is a key driver of economic growth and job creation in Ireland and as we continue to focus on the delivery of 40,000 additional jobs this year, and our ultimate goal of full employment by 2018, decisions like the one taken by Amedeo are an encouraging endorsement of government policy in this area’.

“As a small open economy, aviation is a vital link between Ireland and our trading partners. It has also become an important industry in itself, with the leasing and finance sector being a very important part of that. Over 30 leasing companies now operate from bases in Dublin and Shannon, with the sector employing more than 1,000 people directly.

“In Ireland we have a proud history of innovation in aviation; from the technical innovations of the pioneer aviators in Ireland to the development of Europe’s largest low cost airline.  Some of the most important innovation in the sector here in recent decades has been in leasing and finance, which is one of the areas in which Ireland can truly claim to be a global leader. 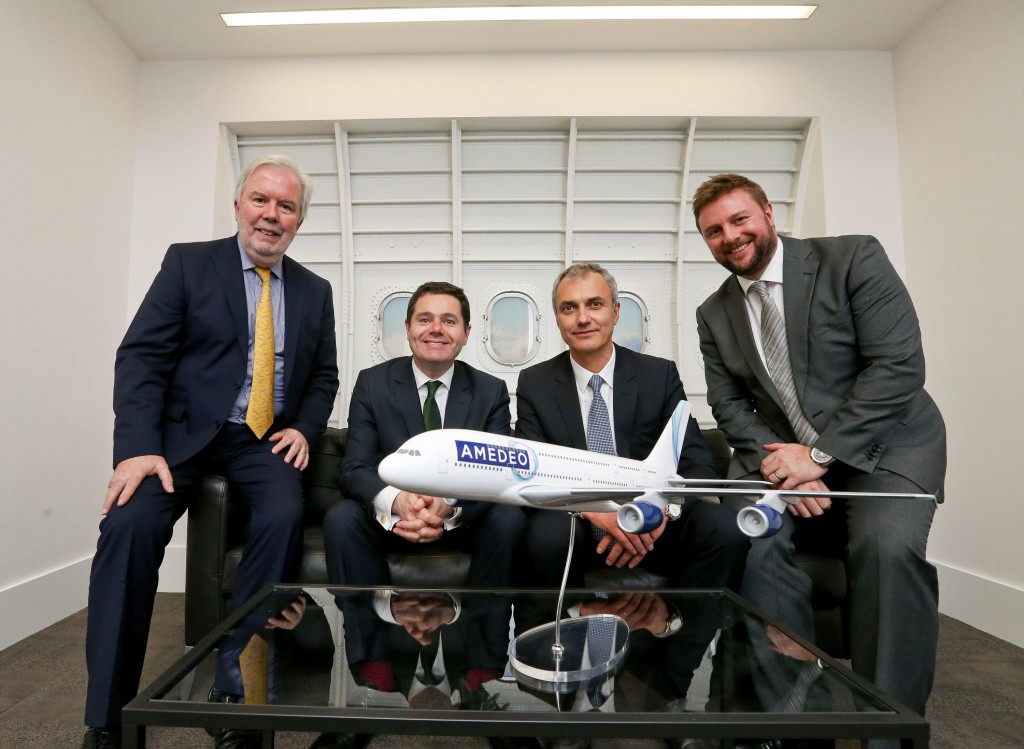 “However, as in all sectors of our economy, there is no room for complacency, especially considering how competitive and mobile the industry is. With this in mind the Government, led by my own Department, has been working closely with the sector to address its concerns and to ensure Ireland’s competitiveness. I am also in the process of finalising a new National Aviation Policy which will create a solid framework to underpin the future development of the aviation sector and to ensure its success in Ireland into the future, of which, I have no doubt, Amedeo will be a part.”